Jaisinghani's recipe comes from a project with Walmart, for which five James Beard Award semifinalists have been paired with farms in their state to …

Recipes are the cornerstone of how KitchenAid engages with consumers. “If we know someone is interested in recipes, we can tell them about the …

Kadai Paneer Recipe is made with cottage cheese and bell pepper, cooked in a spicy onion tomato gravy flavored with some roasted and powdered Indian Spices. Sometimes it is so difficult to let go!

This is something I have seen with a lot of things. That favorite t-shirt of yours or, the denim, the old cupboard, an old plate, an old watch etc. You too might have numerous such things that are almost on the verge of their end, but you still don’t feel like throwing them away or, giving it off to somebody. Because all of those things are associated with something that was very close to you. You have some kind of a memory attached to each of those things because of which you don’t want to let it go. 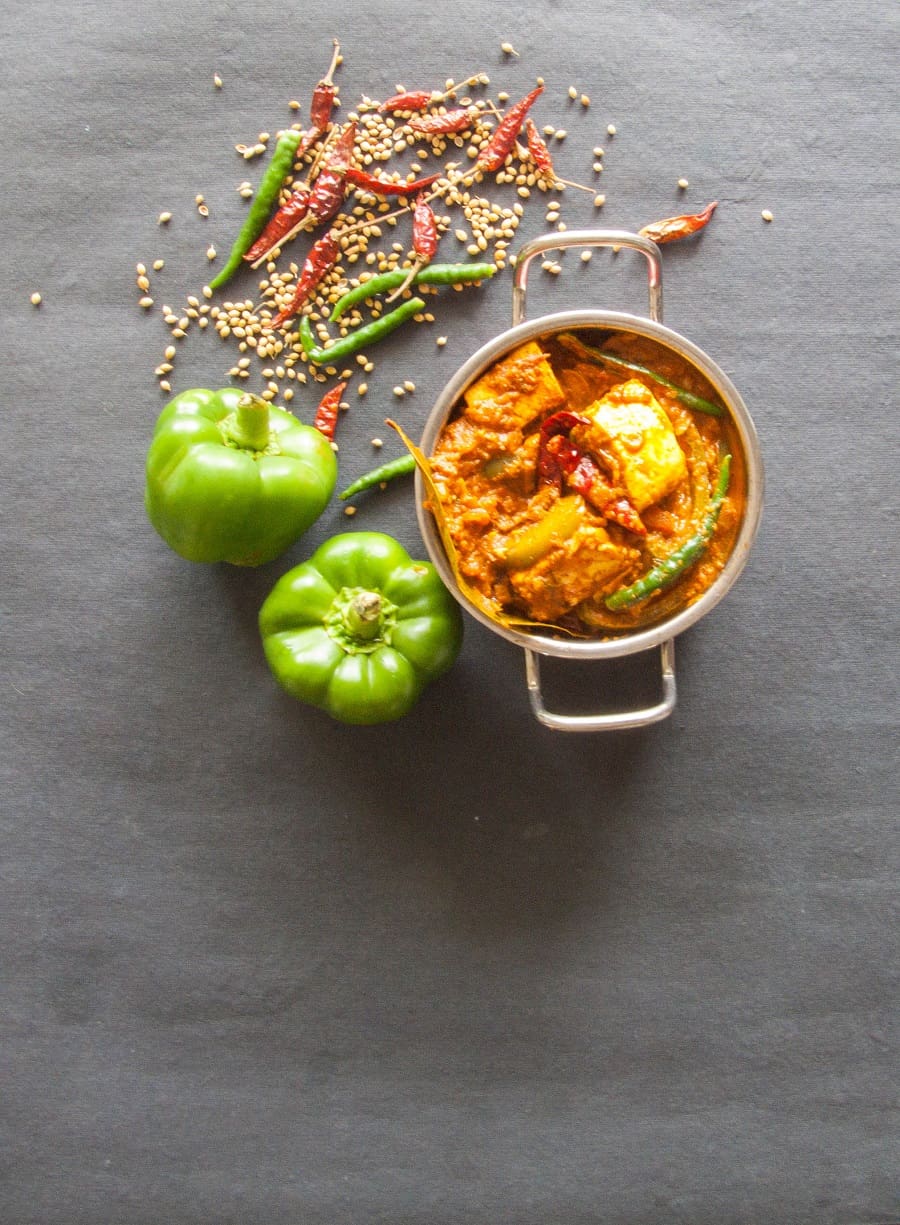 There are many such things that I don’t feel like letting go of. But the fact is that you eventually move on and let go of those things. At some point, though with a heavy heart. And then those memories too, slowly fade away.

We (both me and Dilip) had a particular liking for Delhi too. (Yes, a place. That’s also possible) 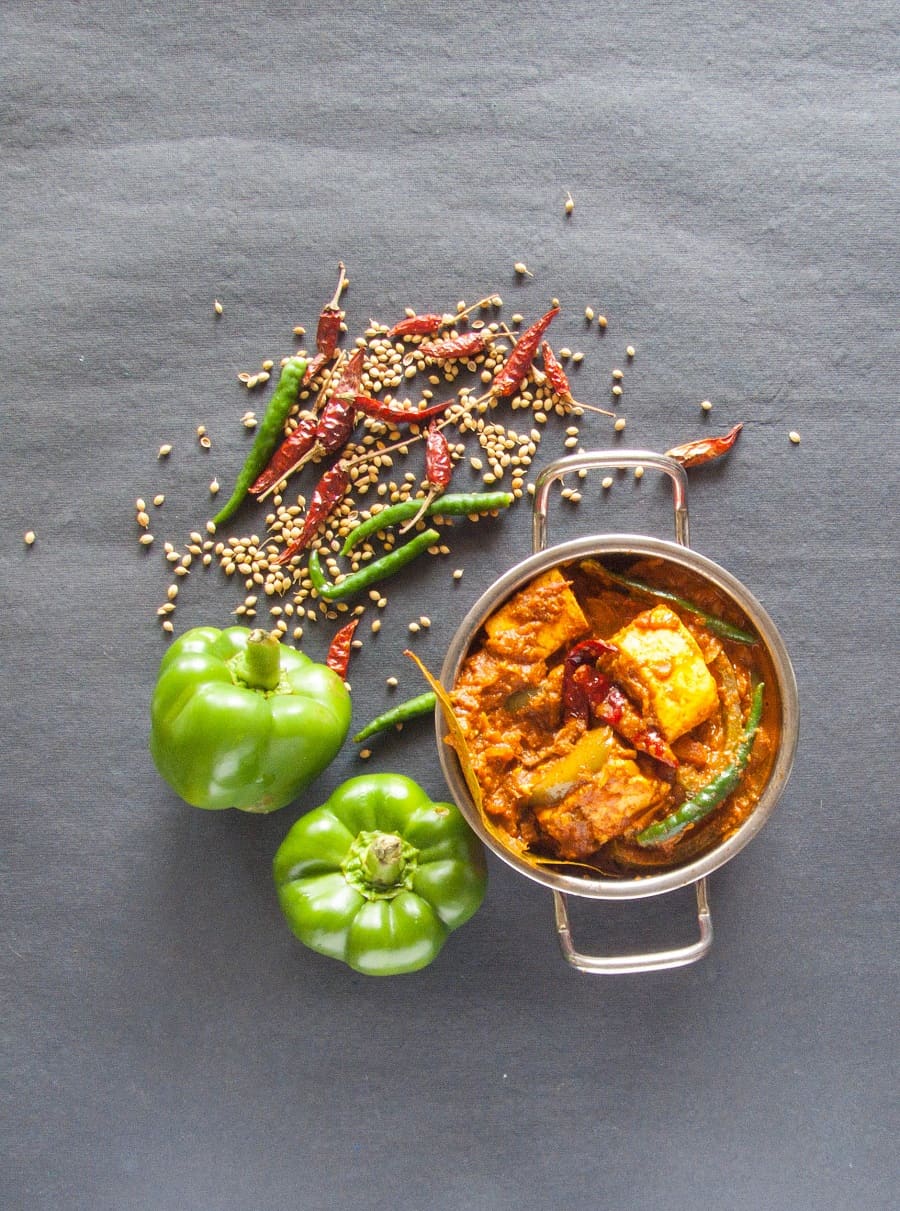 Delhi is called as “Dilwalon ki Dilli” meaning that it is the city of the large-hearted. And it is, for more reasons that one.

Delhi is a city with a diverse culture. People from all over India come to Delhi and settle there to eventually become a Delhiite. And Delhi always embraces everybody with open arms. 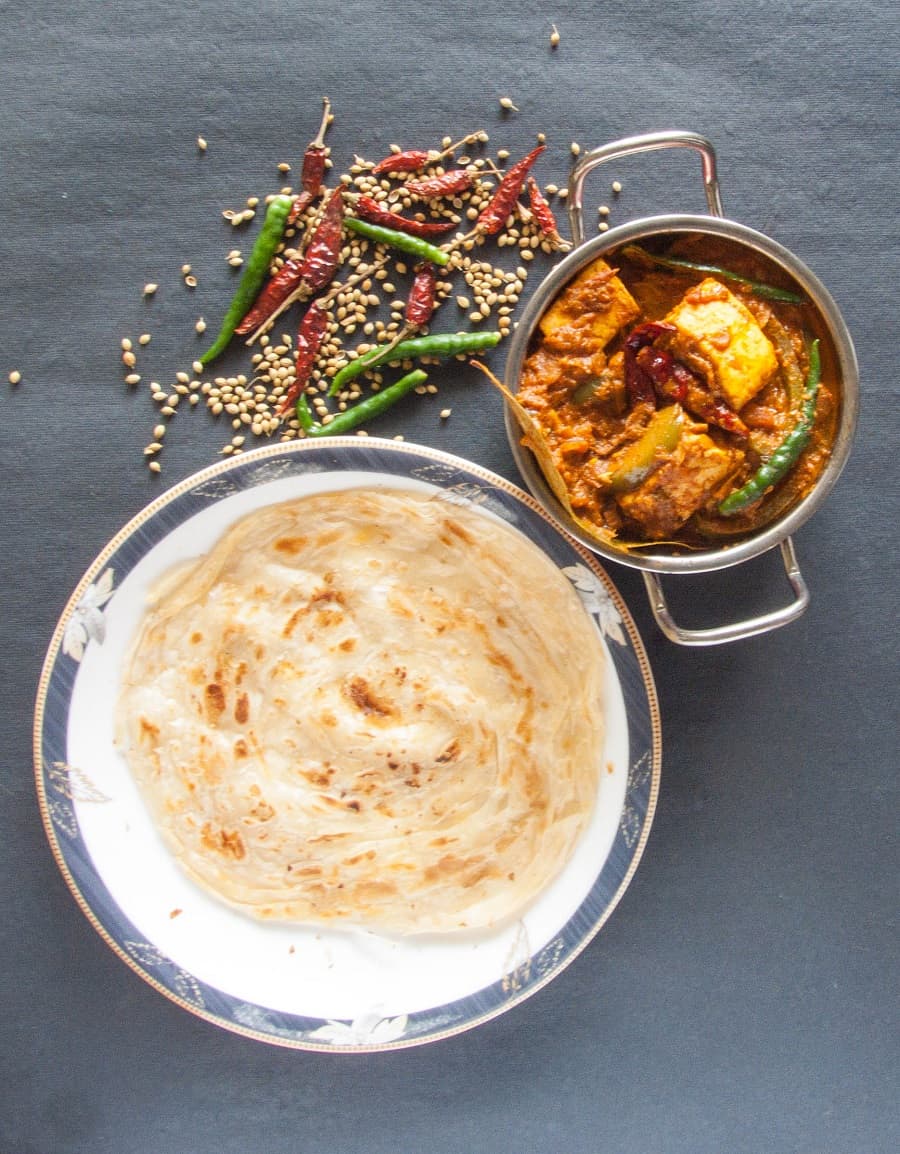 We started off in Delhi. Our first jobs, our careers, our business, the city where the two of us met and many such other memories. And when you have too many memories associated with something, you will just not let it go.

In spite of the fact that we have been living in Bangalore for more than 6 years now, we somehow still feel like we are Delhiites. 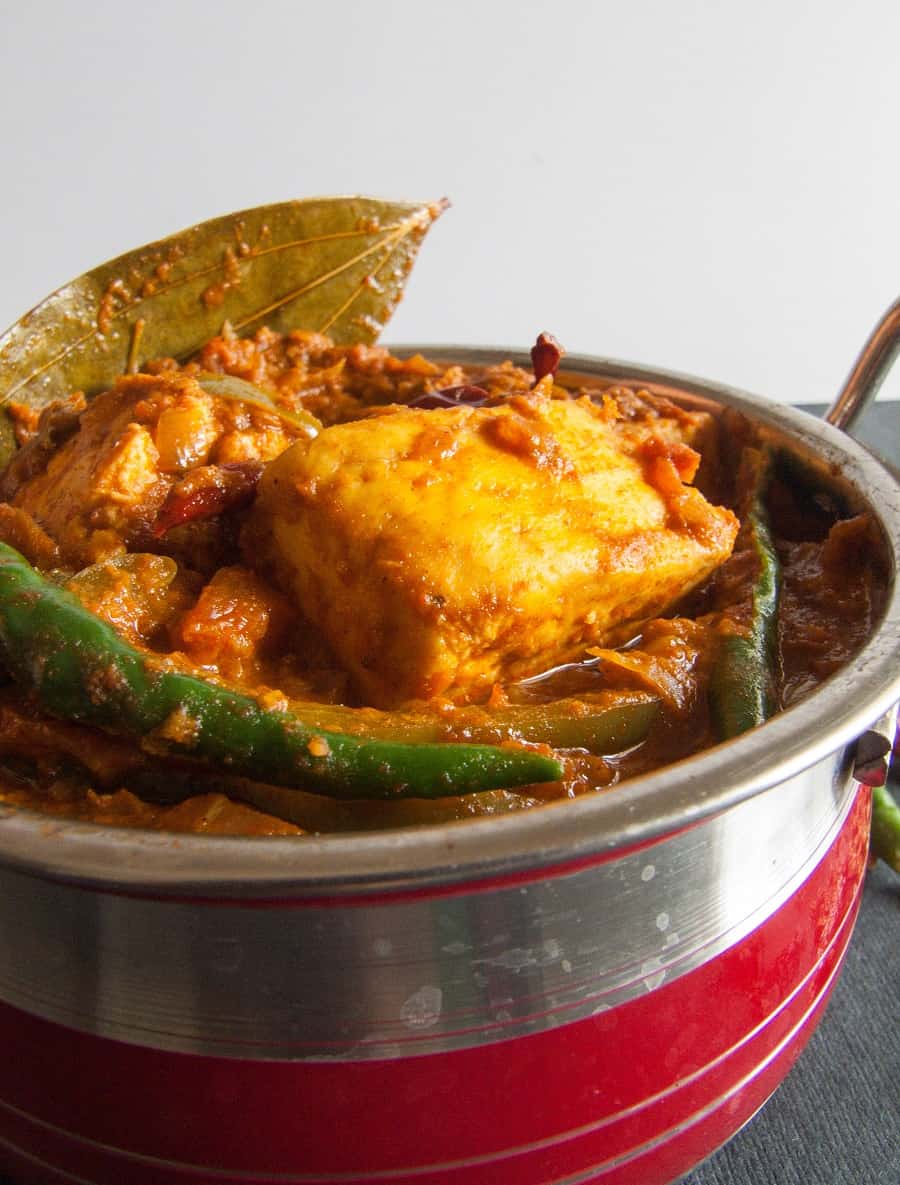 A mere mention of Delhi in a discussion within friends or, associates makes us feel as if they are discussing my City. Such is the warmth that the city gives its residents.

This attachment was probably one of the reasons we didn’t want to move out of Delhi, initially. But we did.

We are not sure if it will be possible but just as everything else, at some point we might let go of that as well. But when? That is the question that I seem to be trying to find an answer for. 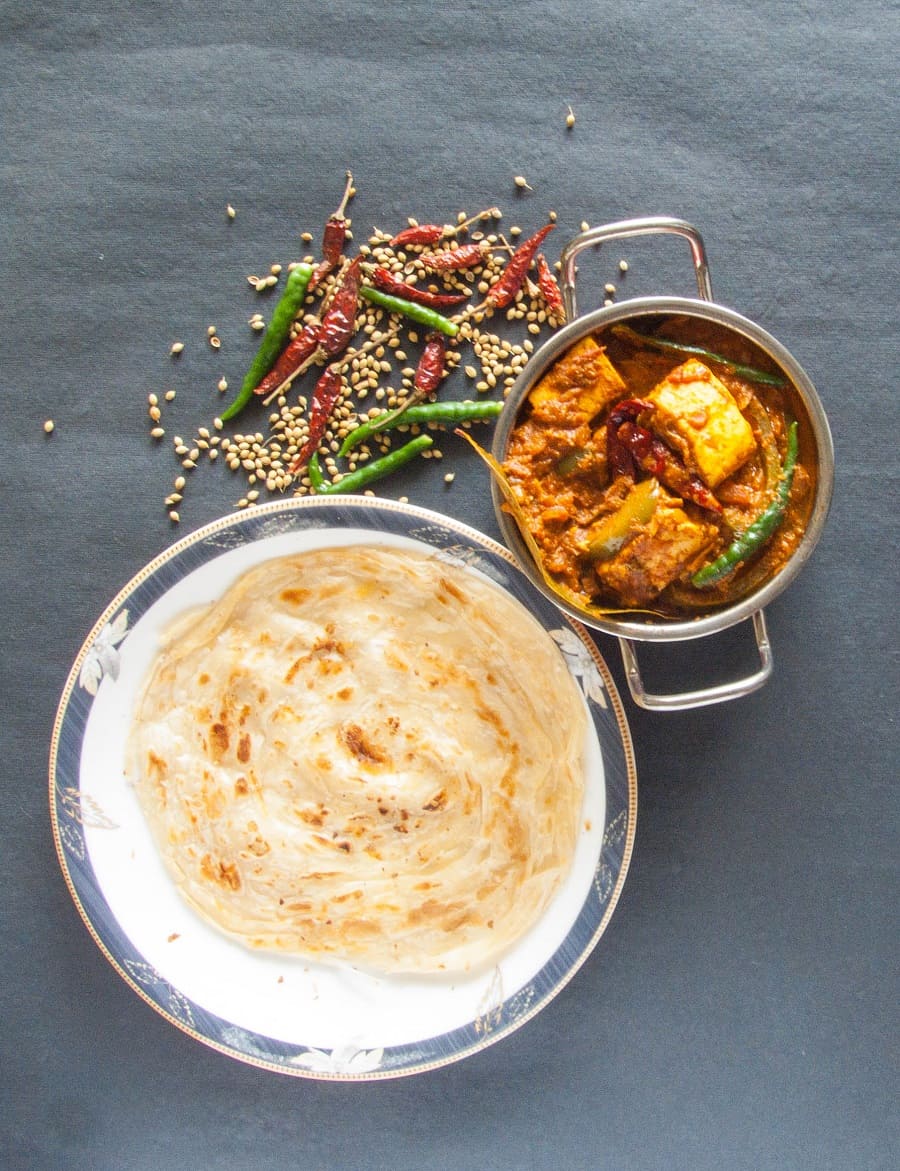 Kadai Paneer is one of the popular mouthwatering North Indian dishes that is prepared in most of the Restaurants and Dhaba’s in India.

Kadai Paneer Recipe is a very easy and simple to cook, so now you can also enjoy the Restaurant Style Kadai Paneer at home. Kadai Paneer goes really well along with roti, paratha, naan and Kerala Parota. This can also be served along with puri, steamed rice and jeera rice. 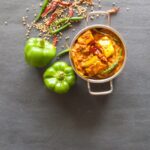 Kadai Paneer Recipe is made with cottage cheese and bell pepper, cooked in a spicy onion tomato gravy flavored with some roasted and powdered Indian Spices.

For the kadai masala:


A lot of time, effort and passion goes into each post. My greatest satisfaction comes from your feedback. If you really liked this post and found helpful to you, please take a minute of your time to leave a comment and share it so that others have access to it as well. Thank you all for your support.

from The Tastes of India https://ift.tt/2mVxnWQ

That experience led to Prashad – Cooking with Indian Masters, a book of recipes culled from the finest chefs of the country, says Kalra in the …

Made-in-Michigan, Raita Indian Yogurt Dips now available at Kroger … can be found on the company's website at https://ift.tt/2OlGTiprecipes/.

… layered or stuffed with eggs are part of many regional cuisines of India. … But one of the most popular egg-based flat bread recipes is Moghlai …

Americanized versions of Native American food, like fry bread and Indian … Many recipes feature a modernly plated photo that draws attention to the …

With constant innovations like these, MTR Foods has understood Indian dishes and the authentic recipes. However, we do face one challenge on the …

Maple Indian Cuisine in Goshen serves northern Indian options in friendly …. All of the spices used in Maple Indian's recipes are imported from India …

The Tastes Of India
Create a free website or blog at WordPress.com.